We had a marvellous Christmas evening at IBM South Bank after a brief 2019 retrospective by Brian (who insisted on wearing silly Xmas reindeer head dress).

The renowned engineer, IBM CTO and inventor Andy Stanford-Clark explained the last 20 years of the MQTT Protocol and a lot more. He certainly knew his stuff, having co-invented it!

It is fair to say that Andy’s entry on Wikipedia does not do him full justice, MQTT is an international standard!

Background on MQTT here and here. 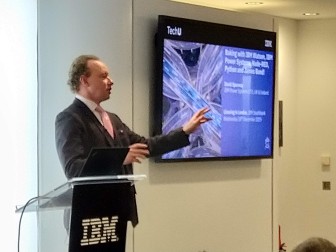 Information on Node-RED can be found here. IBM Watson too.

The final speaker was Emanuil Tolev, he entranced the audience by explaining the intricacies of elastic search, an incredibly popular technology.

Slides: “Now where did I leave my keys?” – improving your engineering life with the Elastic Stack.

On top of the superb talks we had delicious mince pies courtesy of Mr Spurway, and food sponsored by Elastic and the IBM Code London group, and they were much appreciated.

Joseph Cooper generously gave us two Echo Dots and said he is interested to hear from technologists in the cyber and Infosec areas. He can be contacted here.

Everyone chipped in for the raffle: Emanuil, Andy and David. Even Brian dug into his pile of lovely devices and dragged out a Nano Pi T4 and two Neo2’s. They are the perfect companions for the Diet Pi, a Debian-based ARM operating system. 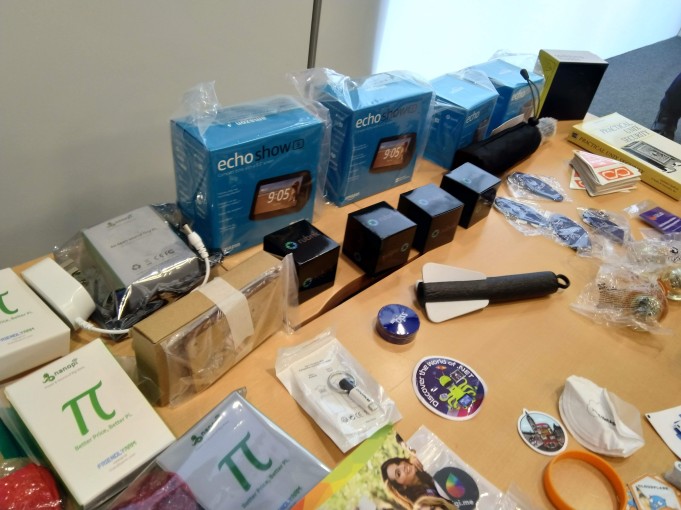 We must thank Jane Cockayne and Angela Bates for their pre-event organizing and everyone at IBM for their fine hospitality. It was a fantastic evening with over 80 people braving the cold winds and transport problems to attend.

David and Marios  quickly developed some code to pick out the winners of the social media prizes, that is dedication!

More photos can be found here. 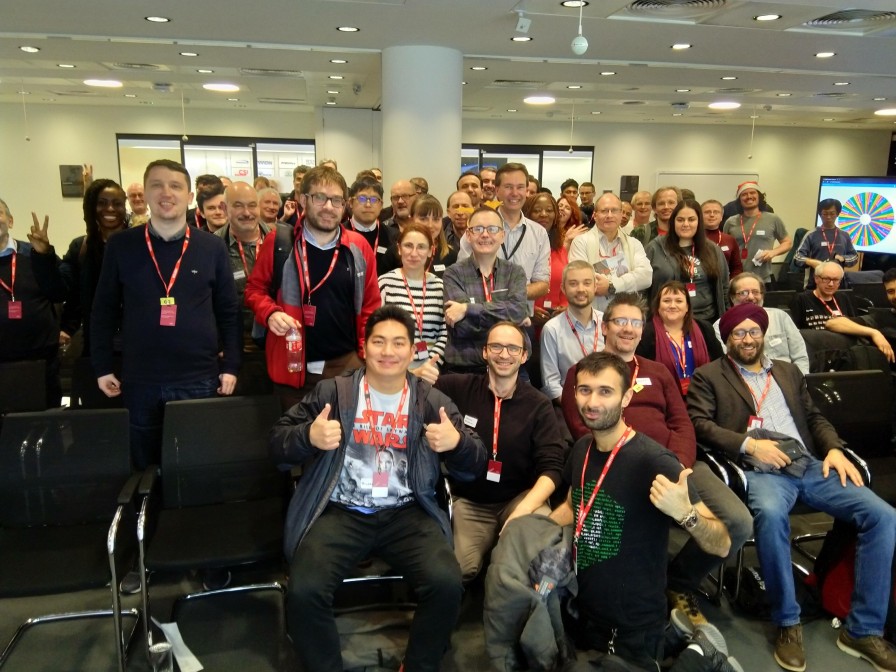 We would like to thank everyone that attended and enjoyed the evening,and in particular for the continued support of Tuxedo Computers and JetBrains.

2020 has turned out to be the weirdest of years that most of us have known in recent times and the effect of the Covid19 pandemic has been felt across the world. Our thoughts are with everyone affected by this terrible virus. Changes To keep up with events we have had to adjust as well […]

We had the lucid Maarten Balliauw talk to us about JetBrain’s space. The video will be released in the next few days or so on the Linuxing In London YouTube channel. Some helpful links: Space product website. Pricing. Space Concept video (2 minutes). Space resources. User documentation. Resources for Developers (API, Webhooks). On Twitter. Space Blog. […]

Last Wednesday was a great novelty for us, our very first virtual event via Zoom, we also streamed on YouTube to make the event as accessible as possible (thanks to Michael!). We’ve done over 50 events in four years, however the COVID-19 pandemic necessitated a big change for us. In some regards organizing virtual events […]

Canonical are an official Linuxing In London sponsor!

Silicon Highway are an official Linuxing In London sponsor!

Linuxing in London on Meetup

Linuxing In London at Skills Matter