Could it happen? Reflections by Brian Byrne.

It was a weird notion, invite Microsoft to Linuxing In London!

The idea of inviting Microsoft had been long in gestation, since one of our members made a comment about a year ago. Initially it was going to be a bit of fun, but how would the bastion of all things Linux handle the Windows giant from Redmond?

It was set to be a gladiatorial battle, full of fierce debates and raised voices. 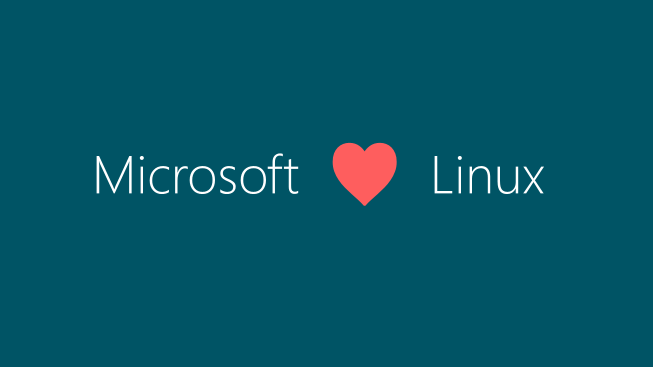 Team Microsoft was charming, intelligent and informative. The audience was overflowing, keen to listen and they really appreciated the variety of the lively presentations.

The talks were very varied: coding, back-end cloud and containers, and a marvellous Internet of things (IoT) project to build your own personal assistant. 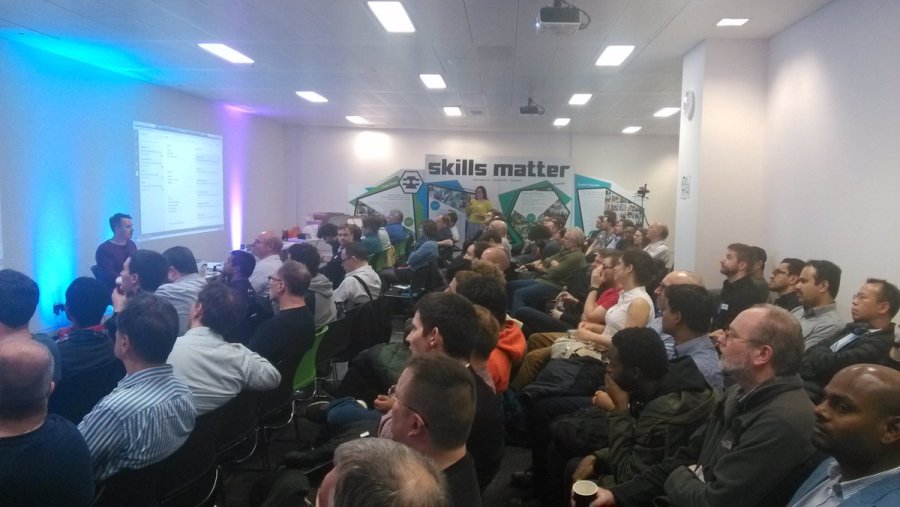 There were over 103 people in attendance, pizza and drink was provided by Microsoft.

More importantly there was a very good exchange of views between our audience and the Microsoft speakers, who were rather popular after the talks.

Microsoft was generous in contributing five Raspberry Pi Zero plus kits to the free raffle. We gave away over 75 lovely new Microsoft T-shirts, pads, 40+ quality power bars and cute torches. 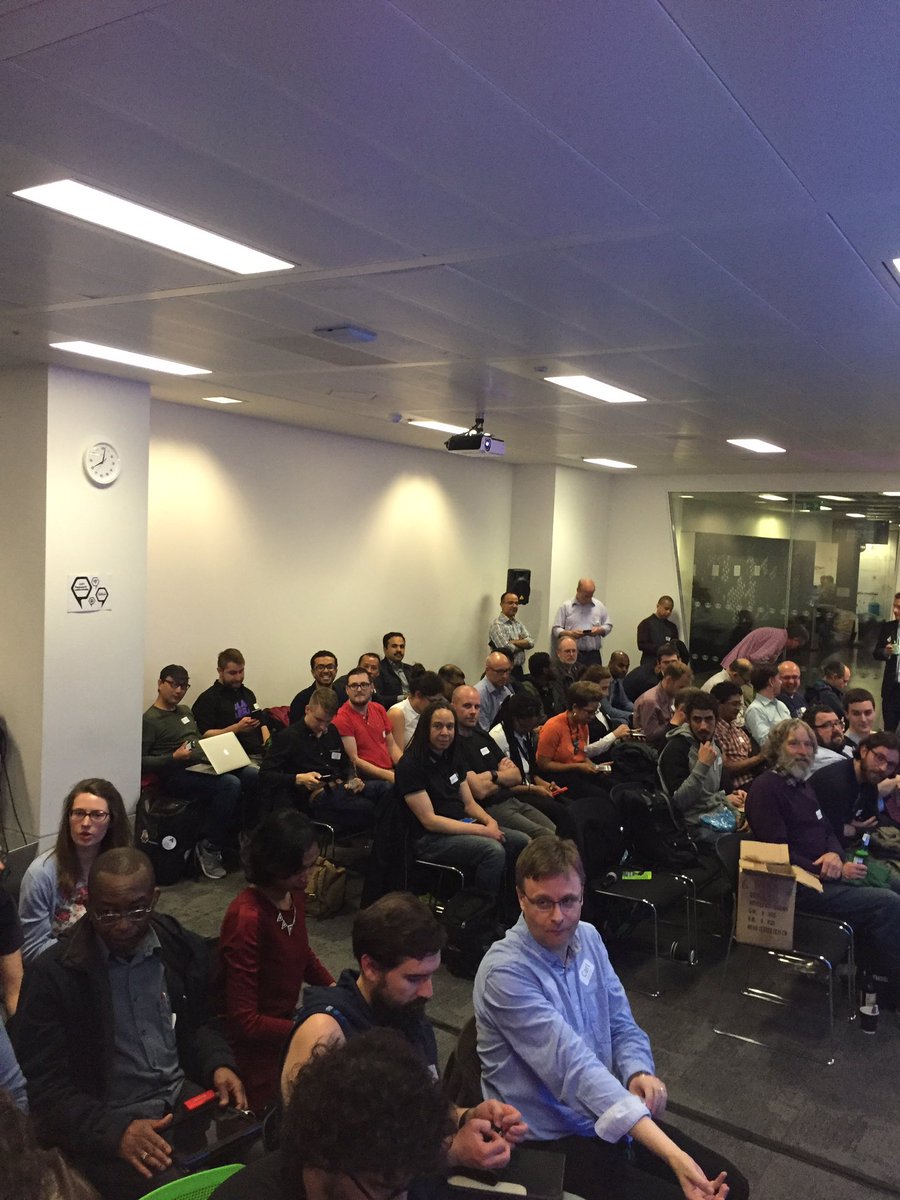 There was a mountain of penguins, and the warm conversations continued on until we were finally kicked out by the amiable Skills Matter staff at about 10 p.m.

We had about four and half hours of pleasant technology, fine conversation and lots of learning. There was masses of positive social media (found via the #LinuxingInLondon hashtag)

In short, Microsoft at Linuxing in London was a great success. 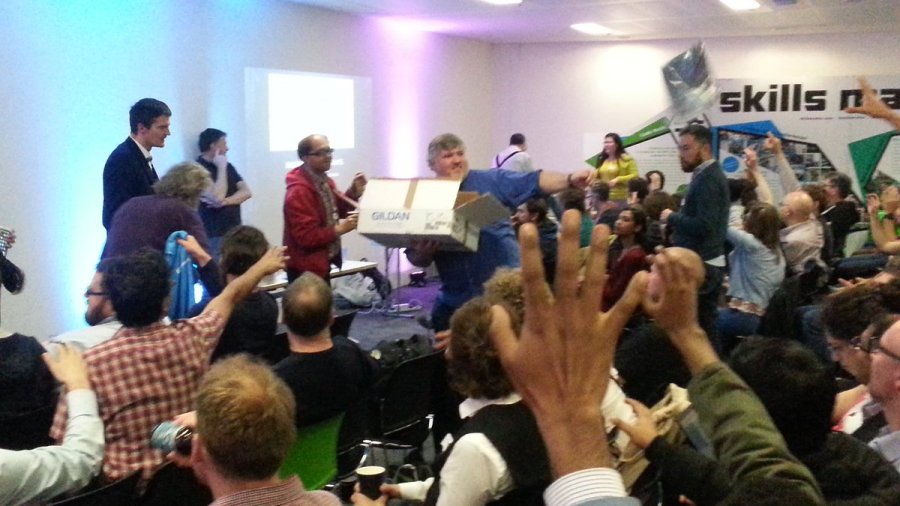 The best events are not just the product of individual genius, rather teams working together, thus it was with this special evening of Microsoft at Linuxing In London.

Our thanks go out to Marcus Robinson and Andrew Spooner.

A special thanks to Chirag Harendra who did much organising at Microsoft end, but sadly came down with a fever just before the event. We hope he had a speedy recovery.

The evening wouldn’t have been such a success without the able assistance of Chiin, Mike, Dave and Carlton (big thanks for the chocs!). Never forgetting Megan, Fraser, Russell and all of the Skills Matter bar and AV staff.

2020 has turned out to be the weirdest of years that most of us have known in recent times and the effect of the Covid19 pandemic has been felt across the world. Our thoughts are with everyone affected by this terrible virus. Changes To keep up with events we have had to adjust as well […]

We had the lucid Maarten Balliauw talk to us about JetBrain’s space. The video will be released in the next few days or so on the Linuxing In London YouTube channel. Some helpful links: Space product website. Pricing. Space Concept video (2 minutes). Space resources. User documentation. Resources for Developers (API, Webhooks). On Twitter. Space Blog. […]

Last Wednesday was a great novelty for us, our very first virtual event via Zoom, we also streamed on YouTube to make the event as accessible as possible (thanks to Michael!). We’ve done over 50 events in four years, however the COVID-19 pandemic necessitated a big change for us. In some regards organizing virtual events […]

Canonical are an official Linuxing In London sponsor!

Silicon Highway are an official Linuxing In London sponsor!

Linuxing in London on Meetup

Linuxing In London at Skills Matter